A Poem for Thursday...in time for St. Patrick's Day

We attended The Aldeburgh Poetry Festival again last November. I went to one of the workshops at The Red House...where Benjamin Brittan had lived.
Do you ever feel out of your depth in these situations?
We were given a sheaf of poetry chosen from other languages.
I chose one in gaelic by Nuala Ni Dhomhnaill..."Ceist na Teangan"
Now I hadn't ever learnt Irish...went to the wrong school!! but dad was an Armagh man and over my life I realised that some of those "odd" words that he and Aunt Cis used were most probably Gaelic.
Whether Irish or Scottish I cannot say....but definitely not Anglo Saxon English.
So when asked by the leader of the day to write a poem based on the sound of the words and the rhythm of the lines...I thought of dad and all the story-telling that he had done when he was alive.
...and I wrote this piece, making up a story of chieftains and betrayal in Ireland...
of which I now know from reading Irish history...there was a lot between clans!! 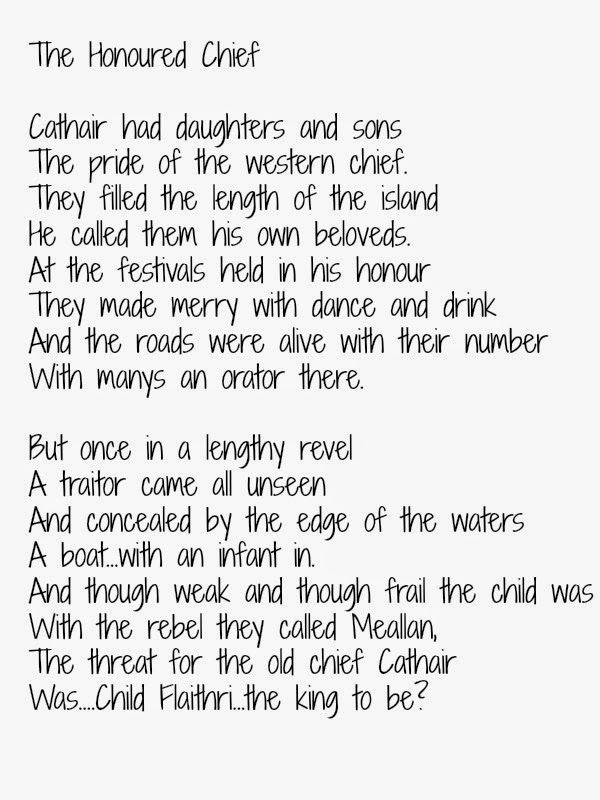 I looked up the translation of the original poem and there was the story of Moses in the basket being found and reared by the Pharoah's daughter....
Maybe it was the rhythm...or maybe something much deeper made me think of this story of betrayal.
Posted by Gerry Snape at 13:30