Salt Marshes on the Bay.

We went for a salt marsh lamb lunch on Sunday....Red Bank Farm on the Bay...gorgeous!
Then afterwards...well a good while afterwards just to let that settle nicely...we had a bit of a stroll along the edge of the Bay by Hest Bank. 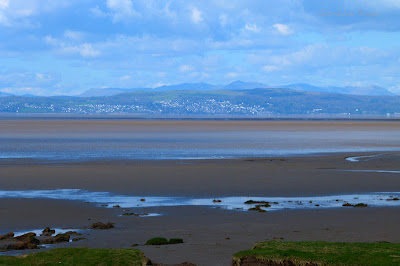 What a day! What weather!
The promise of warmth to come.
The sky was piercing blue...the sort that makes your eyes water!
The tide was far... far... out...only the flat expanse of sands and salt marsh as far as you could imagine.
The mountains of the Lake District shimmered in the atmosphere,
And the sky larks were soaring up into that empty space...singing their hearts out.
Gareth Malone would have been proud of them
Gareth Malone?...the genius behind the no.1 in the charts at the moment...the Army Wives Choir!
...by the way don't you just love how skylarks try to fool you into thinking that they have a gammy wing when you get too close to their nest hidden in the long grass? 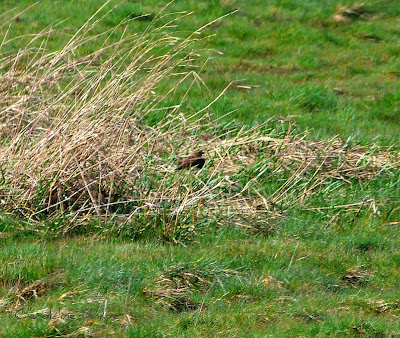 The thespians of the common bird! 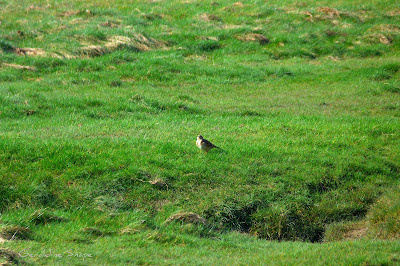 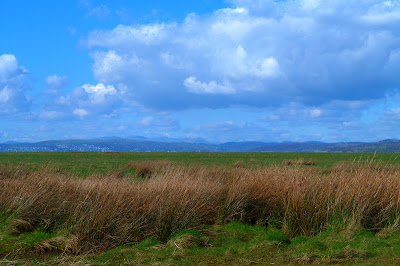 There were other winged occupants on the marsh.
Little egrets. 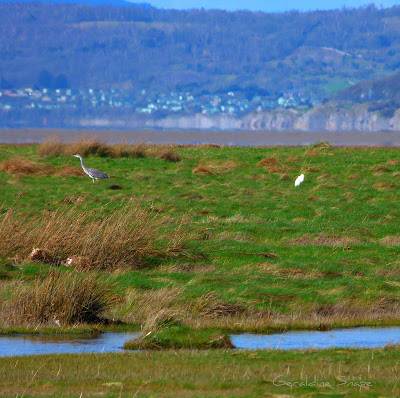 They are becoming more and more common...which is super because I also saw egrets in India and to have them up here in the N.W. is a pure joy.
This one just looked like a flash of white...but the heron stepped his stately way as usual...unhurried! 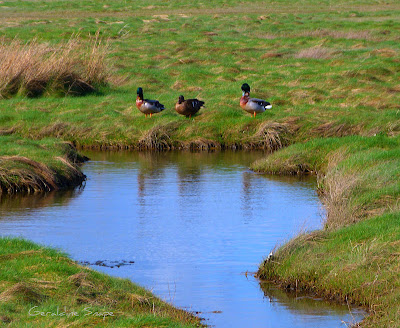 And always on the bay are geese...preening and dabbling...
...in the salty pools left behind by the tide. 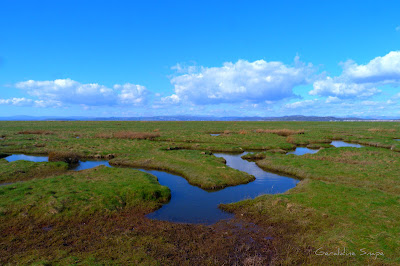 Yes ...yes I know...these colours are given the Hockney treatment and saturised a bit...
...but honestly...not much.
It really was a gloroius day and the pools really reflected the sky and
all was well!
Posted by Gerry Snape at 14:23